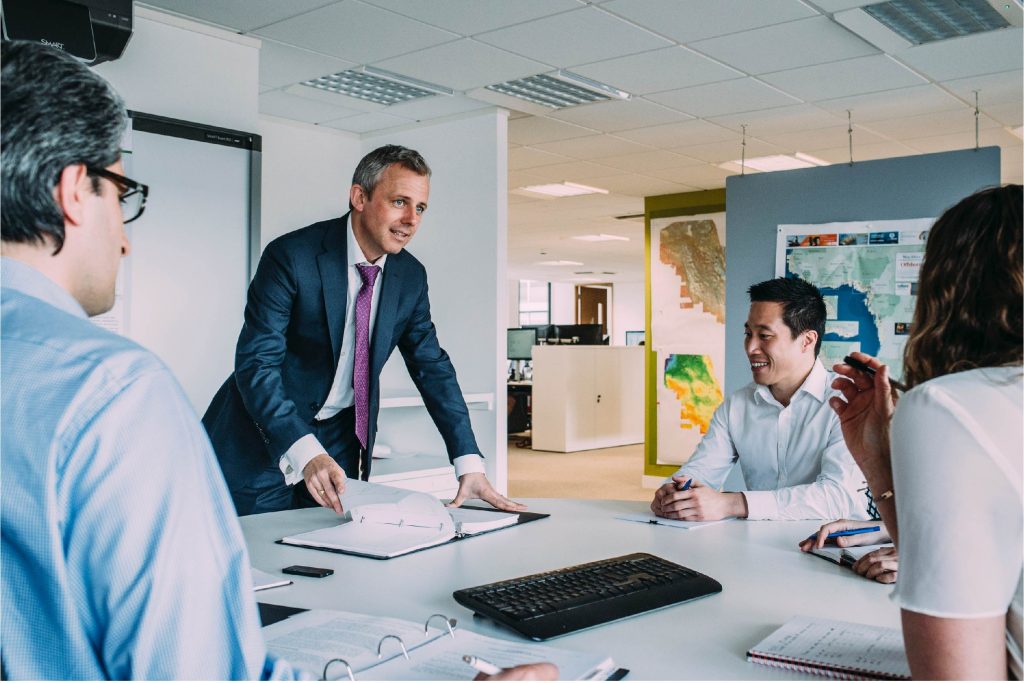 My name is Fraja Hodges and I work in the Training and Change Team at Netpremacy, a Google Cloud Premier Partner. Having seen first-hand how important the role of an Executive Sponsor is during a time of change, I was inspired to write a post on this specific topic:

We recently worked with a company who were looking to implement a social collaboration platform in order to “connect the unconnected”. Their extremely proactive CEO, who acted as Executive Sponsor in the G Suite deployment, strongly contributed to the overall success of the project. His general enthusiasm and eagerness for the transition motivated his employees, especially upon seeing that he ‘practiced what he preached’, communicating via Hangouts and Google+, rather than email. Working with us as a partner meant they had all the advice they needed on-hand. We were able to identify exactly what needed to happen and how, namely analysing key use cases and broadcasting a unified, focused message.

When a company decides to make a change – whether this is a deployment of G Suite, Zendesk, LumApps, RingCentral, etc. – the ‘why, what, when, how and who’s must be relayed to the end-user so that the project is completely pellucid for everyone to understand and trust in. These include why this is happening, what exactly it will entail when it will take place, how it will be rolled-out, and lastly who they can contact for further information and support. This should help to prevent resistance, anxiety, and confusion from the offset. As per the Netpremacy Change Management Methodology, at the start of any project, we ensure that an Executive Sponsor is nominated to act as the face of change. This blog post explores the part played by an Executive Sponsor in a change initiative and their significance to the project.

So, what does being an Executive Sponsor actually mean?

The role of an Executive Sponsor is best untaken by a senior member of the project board, often the CEO of the company. The reason for this is that they are a respected, authoritative person who can aid in promoting change management and supporting the project from the perspective of the organisation’s strategic goals. They are a key decision-maker in the deployment, with the control over people and resource needed to finalise the best approaches and practices for their company; as well as a catalyst for change to get the ball rolling. It’s important for them to have a vision of what the change will bring to be able to identify objectives, outcomes, and measures. This, in turn, will create and emphasise a ”burning platform” – or absolute need – for the transition.

Executive Sponsorship usually involves a number of responsibilities when it comes to organisation-wide announcements and communications (see more about the importance of communications here). The elected sponsor is the one from whom end-users should receive any information and updates to do with the project, and is the internal presence that provides a sense of familiarity during such times of change. They are usually a big (if not sole) focus in the elevator pitch – this is the initial announcement and a direct message to all employees from the Executive Sponsor on the reasons and benefits of going Google. It typically includes the end goal and vision for the future, as well as the project roll-out plan and impacts on users that the move may entail. Their named sign-off on communications and senior position build the initial sense of urgency for this transition on an individual, personal level, as well as an organisational one.

What else makes for good sponsorship?

One of the top contributors to success for change management initiatives is active and visible Executive Sponsorship. All organisations look to their leaders in times of difficulty or uncertainty to be strong supporters and lead the way – this is no different when it comes to times of change. Senior leadership provides the credibility to maintain and articulate a clear and attractive vision for why the change is necessary and therefore, increase the impact of the messages received by the end-user. Likewise, their overall line authority gives them the ability to directly confront resistance in order to clear a path to success.

The Executive Sponsor will align the organisation’s infrastructure, environment and reward systems with the change, allowing for performance to be measured and managed accordingly. Having somebody well-known and influential celebrate project successes is meaningful to the end-user and encourages innovation long after the deployment has come to an end. This also emphasises that this is not just an IT project, but a complete cultural transformation (see here for a great blog post on how G Suite deployments underpin the journey of cultural transformation within businesses).

What are the risks of poor sponsorship?

Using an influential, senior person in the company for communications, means end-users are more likely to open (and actually read) the information they include around the project. Let’s face it, you’d pay more attention to an email from your CEO, than you would from someone in IT that you may not know! Additionally, when you see an email from your CEO, you immediately assume it’s content is important – otherwise, why would they spend their valuable time writing it?

As established beforehand, an Executive Sponsor should have authority and credibility. Without this, there is less of an incentive for people to co-operate and little sense of urgency for the transition. Visible senior involvement helps to avoid push-backs and delays of the project, as well as portray the change as a “burning platform” because their internal position brings value, urgency, and priority to the project.

I hope that this post has highlighted the roles and reasons for an active and visible Executive Sponsor in any form of change initiative. Not only do they boost employee engagement and promote the importance of change management, but they also have a direct effect on the success of the deployment as a whole. Having the right people involved and providing transparency throughout the project creates a purpose and a visual plan for the transition.

If you have any questions on this topic or for Netpremacy in general, please feel free to contact us here.